Beasley Athlete of the Week

Senior Britton Beasley, a member of the varsity baseball team, was voted the Hines Furniture Athlete of the Week on March 6 by the readers of The Sumter Item. 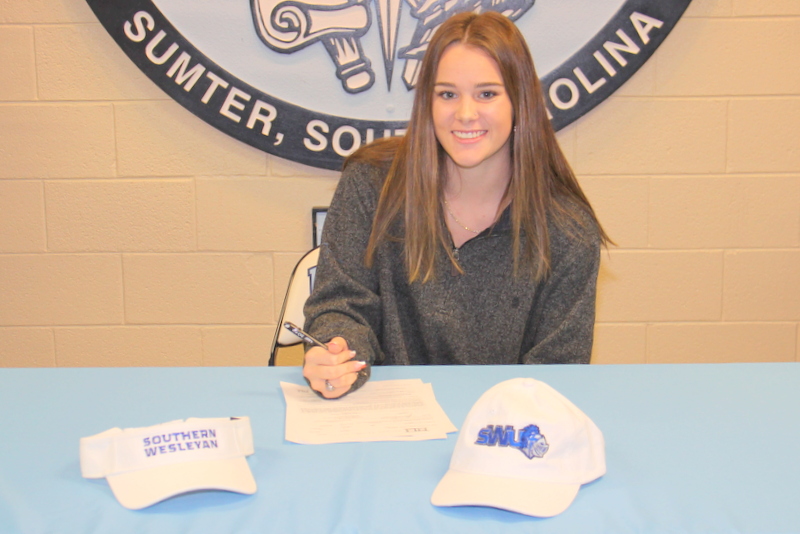 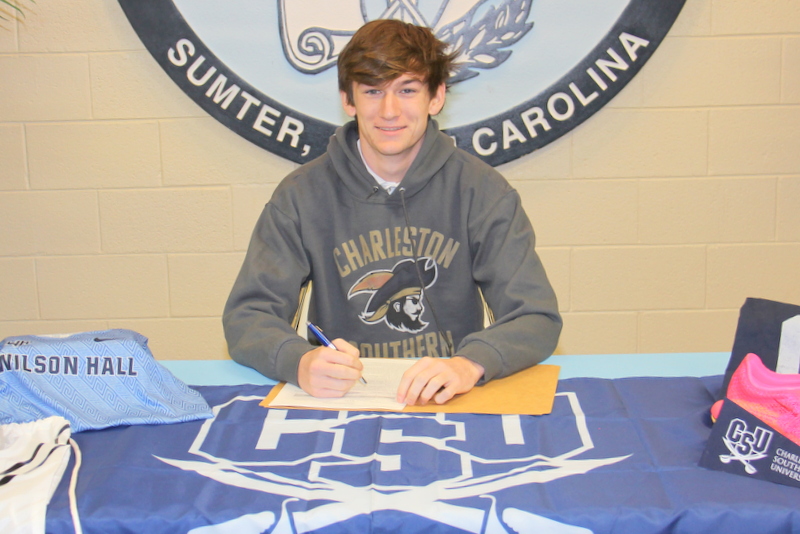 Mr. Rip Ripley, head coach of the varsity volleyball team, was recognized by the American Volleyball Coaches Association for his 200th career victory on September 22. He has been coaching volleyball for 10 years, the last six years at Wilson Hall. Mr. Ripley is the assistant athletic director, boys and girls track and field head coach, JV volleyball head coach, and varsity boys basketball assistant coach, and he teaches digital media. Mr. Eddie Talley, head varsity boys basketball coach, earned his 600th career victory on December 4. Mr. Talley has been coaching for 34 years, the last 27 at Wilson Hall. In addition to serving as a coach, Mr. Talley is the Assistant Headmaster, Lower School Head, and economics teacher.

Senior Abbie Beatson and junior Lucy Matthews of the varsity volleyball team earned recognition from the American Volleyball Coaches Association as they were added to major watch lists. Abbie was selected to the 2020 Under Armour All-America Watch List, which recognizes the top senior volleyball players in the country. She was one of just 20 players from all of South Carolina on the list and one of just two S.C. Independent School Association athletes to be chosen. Lucy was named to the 2020 AVCA Phenom Watch List, which is a recognition of volleyball excellence for some of the top underclassmen in the country. She is one of 33 South Carolinians on the list, while being one of just two SCISA volleyball players to be selected. Mr. Rip Ripley is the varsity volleyball head coach.

The 2019 varsity volleyball team was recognized as an Academic All-American Team for the fifth consecutive year by the American Volleyball Coaches Association (AVCA), one of only four teams in South Carolina to receive the honor. The Barons were also selected as an Honor Roll team, the only team from South Carolina, for having one of the top 70 team grade point averages in the nation. The AVCA recognizes programs in high school and college that excel in the classroom as well as on the court. The Barons earned a team grade point average of 4.66 and completed 20 Advanced Placement and 10 honors courses. The team consisted of Camryn Bateman, Campbell Bauman, Abbie Beatson, Sarah Cain, Hayley Champion, Gracyn Coker, Madison DesChamps, Mary Jones, Annie Lauzon, Mary Claire Lee, Lucy Matthews, Sarah Sonntag and Andi Grae Wingate. The team was coached by Mr. Rip Ripley who was assisted by Mrs. Lucion Hall Scott.

The team of eighth-graders Ann Weathers Blankenship and Madisen Galiano and freshman Samantha Richards, members of the scholastic shooting sports team, won all three of the S.C. Independent School Association Girls State Championships. The team brought home state trophies for skeet, sporting clays, and trap, and Ann Weathers won the High Overall Shooter medal for all three competitions. Although they qualified to compete on the junior varsity level, the girls elected to move up to the varsity level competition. The team is coached by Mr. Brent Hiott.

McInerney Signs with The Citadel

Parker McInerney ‘20 signed a National Letter of Intent to join the air rifle team at The Citadel. Family, friends, students, faculty and former coaches watched the signing via a Zoom meeting. Emily Anne Beasley ‘20 signed a National Letter of Intent to join the women's tennis team at the University of South Carolina Sumter. She had a signing ceremony, held in the Nash Student Center, attended by fellow students, faculty, coaches, and family.

Haley Roone McCaffrey ‘20 signed a National Letter of Intent to join the women's soccer team at Wofford College. She had a signing ceremony, held in the Nash Student Center, attended by fellow students, faculty, coaches, and family.

Molly Moss '20 signed a National Letter of Intent to join the women's cross-country team at Francis Marion University. She had a signing ceremony, held in the Nash Student Center, attended by fellow students, faculty, coaches, and family.