Students have formal music instruction starting in the three-year-old preschool and visit the lower school music studio once a week through the 5th grade, and 6th graders take theater for a quarter.

Our campus has a music studio, a multipurpose room with a stage for smaller productions, and a large stage in one of the gymnasiums for larger programs.

Under the direction of Mr. George Carruth, the Theater Department presented Miss Nelson is Missing on the multipurpose room stage to two sold-out shows with audiences of 110 each night. A special performance was also held for students in the 107 kindergarten and first grade classes during the school day. The cast included students in grades 7-12, and students worked behind the scenes with hair, costumes, make-up, lighting, sound, sets and props. Members of the Instrumental Ensemble, directed by Mr. Scott Warren, provided music.

The comedy, adapted by Jeffrey Hatcher from the popular book by Harry Allard Jr., revolves around Miss Nelson, a teacher who cannot control her classroom because she is too nice. When she disappears, her replacement is the hard-as-nails, detention-loving, recess-canceling, homework-overloading substitute teacher Viola Swamp. With the Big Test approaching, the students realize how much they miss Miss Nelson and they will do anything, including hiring a private detective, to solve the mystery of her disappearance and bring her back. 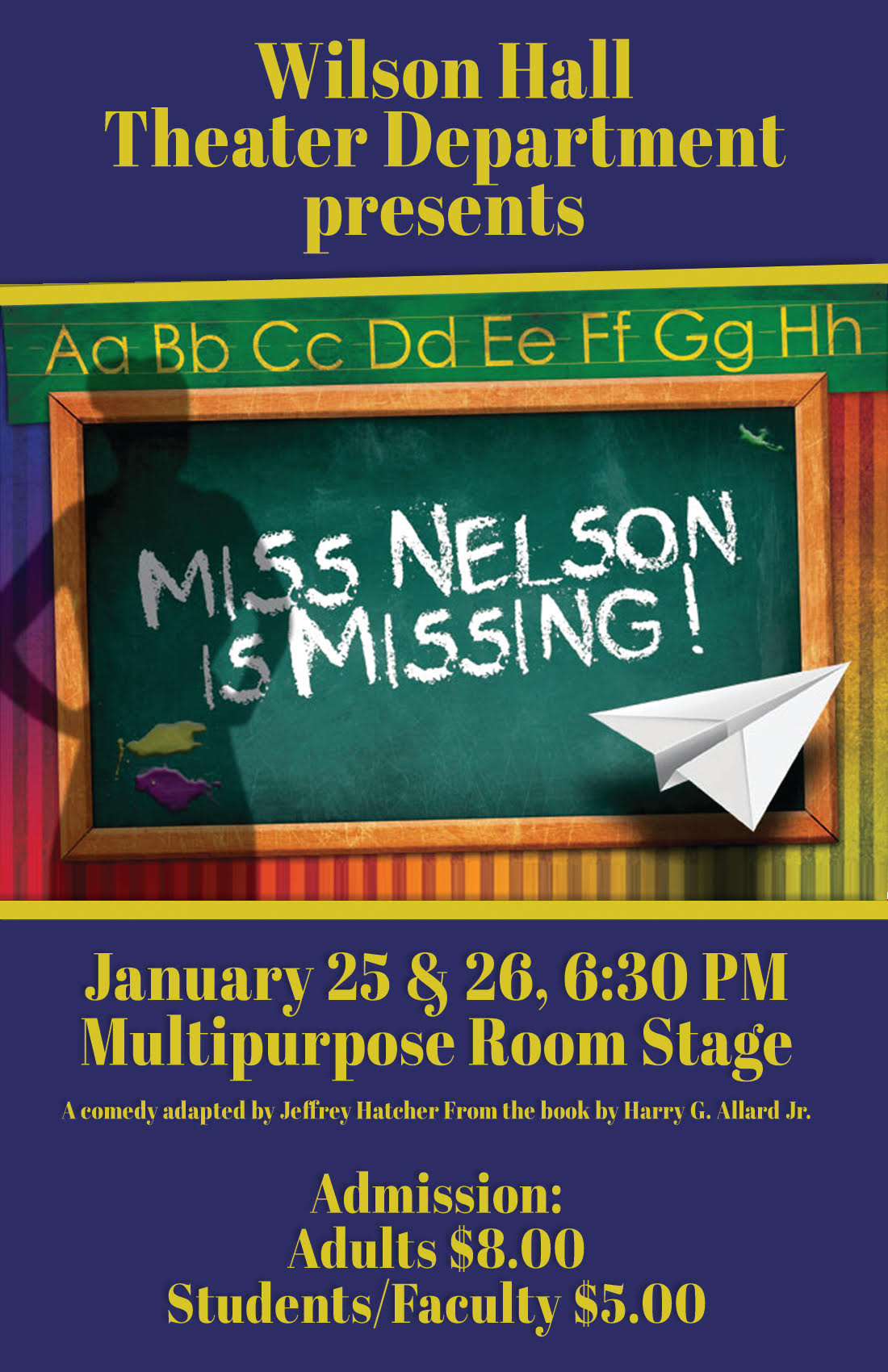 Seating is limited. To reserve tickets, please email missnelsontickets@gmail.com with the number of tickets requested and the show date. A confirmation email will be sent to notify if the ticket request can be fulfilled. 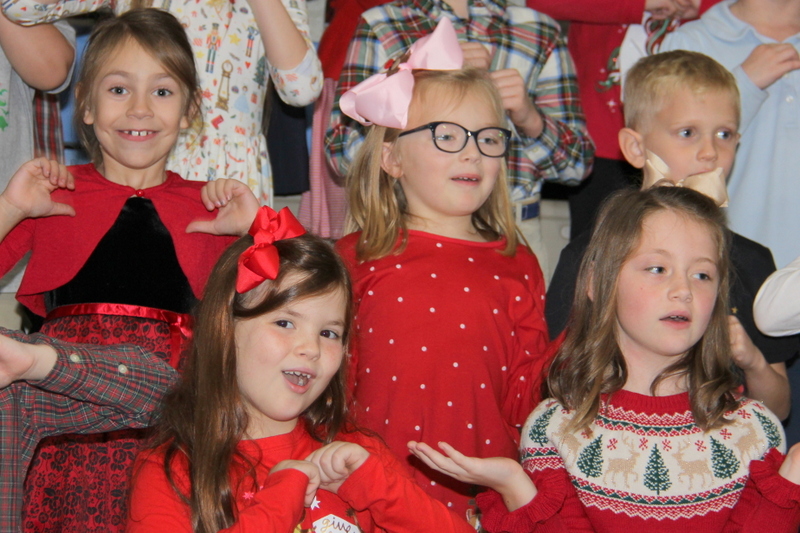 With a mix of traditional hymns, including Away in the Manger and Joy to the World, to contemporary songs such as I Want to Be an Elf and Christmas Makes Me Sing, students in 1st-5th grades performed for a full house in the Nash Student Center during the Christmas program. The program included a nativity scene and the story of Christ’s birth while students sang Silent Night in its original German and in English. The Afternoon Chorus was highlighted for two numbers, and featured soloists included Riley Coker, Aiden Kooistra and Benjamin McIver, Class of ‘30. Choreography and costumes complemented the show which concluded with an appearance by Santa as the students sang Santa Claus is Coming to Town. Mrs. Julia Sims-Owens, lower school music teacher, directed the program. Mrs. Jennifer Alford Reimer ‘00 was the choreographer and operated the sound board, and Mrs. Jackie Sims assisted with costumes. Christmas and winter-themed art, created  by lower school students taught by Mrs. Renee Norton, adorned the foyer and greeted guests as they arrived for the program.

With a cast of students in grades 6-12, the Theater Department, directed by Mr. George Carruth, presented the musical Annie Jr. starring 6th grader Joslyn Barrick in the title role. Based on the popular comic strip and adapted from the Tony Award-winning Best Musical, with a book and score by Tony Award winners, Thomas Meehan, Charles Strouse and Martin Charnin, Annie featured everyone’s favorite little redhead in her very first adventure. The cast of 25 acted, danced and sang for three audiences, each with over 250 guests, on the gym stage at First Baptist Church the weekend of April 29.  Co-starring in the production were Frances Mac Elmore (Lily), Annabelle Huffman (Grace Ferrell), Hugh McLaurin (Rooster Hannigan), Caitlyn Schumacher (Miss Hannigan), and Victoria Singleton (Olivia Warbucks).

Sam Fisher won first place in the contemporary high school solo category in the South Carolina Independent School Association State Dance Competition. Because of quarantining and absences due to COVID, the dance team was unable to participate in the group competitions as it had in the past. Sam was the only member of Wilson Hall’s dance team able to compete this year. The team is advised by Mrs. Jen Alford Reimer.